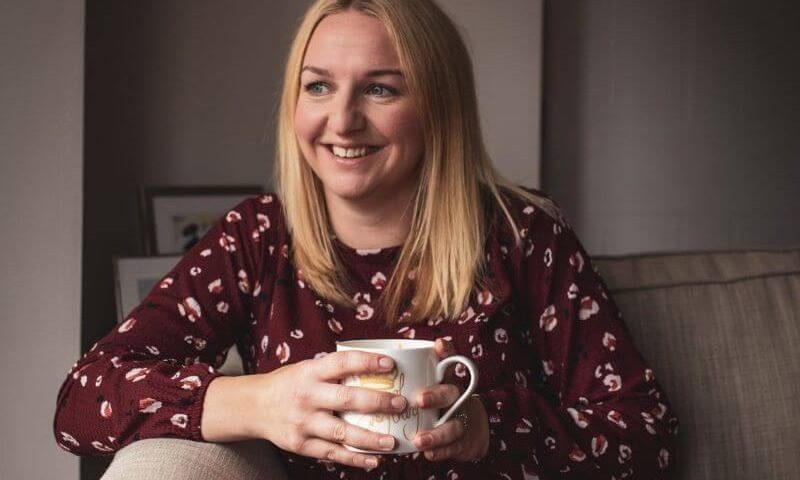 This post is for the empathetic and compassionate eyes of employers and line managers (and those that might be working on dialling up their empathy and compassion actually!) I want to explore with you questions you might not be asking your team members who happen to be parents….

It’s fairly common for someone to return from parental leave and muddle through. They navigate the choppy initial few months of settling a kid into a childcare setting or school and begin remember what it’s like not to have to plan your day around someone else’s eating habits. Maybe they’re working though the cliches many parents in the workplace face – eyes on them when they arrive, when they leave ‘early’ or when they take the nursery phone call. Perhaps none of those resonate for them (or you) because we each have unique experiences of being a parent in the workplace. Commonalities exist though and give plenty of cause to explore what you can do to support parents in the workplace. So, let’s have a look at the questions you might not be asking your team members who happen to be parents (but you really could be).

They’re not complicated but they absolutely might open up a can of worms / flood gates…but why not hey?

These are some of my favourites that will drive connection, open up conversation and inform your business strategy – you don’t need to be a coach, a parent or some sort of expert in the world of supporting returners…but I’d recommend empathy, compassion and some cracking listening.

1. How does it feel to be a parent here?

Feel like a big question? That’s because it is. However, if you don’t ask it how are you ever going to know what’s going on? With 19.4 million families in the UK (ONS data) you’re bound to have one or two parents in your workplace. They are going to be navigating so many dynamics and intersectionalities. It’s also a question that can help you future-proof your talent pipeline and attraction strategies – how are you going to bring in the next generation of employees who aren’t parents but might be considering it in the future? If you’ve got a rubbish reputation for how you support your staff who happen to be parents you can wave goodbye to a whole chunk of the talent pool.

2. Tell me about your childcare set up…

No you’re not being nosy, but obviously you don’t want to intrude! Getting an insight into what’s going on outside of work for your valued team member can be really helpful though. I had a client last year who kept being asked by her boss last minute to attend meetings at 8am. That was outside her usual working pattern and her childcare setting only opened at 8am. Her initial reaction was frustration (understandably) because even when she was saying no, the seemingly ad-hoc requests kept coming. We worked through what was going to help and she concluded she needed to tell her boss the detail of her morning routine.

Her boss hadn’t considered that nursery didn’t open until 8am, she apologised and then something I didn’t expect to happen, happened. The Boss instigated the meeting being moved to a later time. She wanted my client to be able to attend this call as her deputy, she added incredible value and it will get her in front of a lot of sponsors across the business. Moral of the story: if you don’t know, you can’t make a change. (I know you’re thinking why didn’t my client just say from the beginning she couldn’t do it because of childcare – honest answer is those are the kinds of situations that make a parents mind race about being ignored in the future. She only said something when she absolutely had to).

3. What do you wish you’d have known?

So much good comes from helping someone reflect. It can help them to move through a pain point, plan for the future and pass on learning to others. This isn’t about curating unsolicited advice to pay forward, but building a picture of the nooks and crannies that you’re not able to anticipate can be really helpful.

4. Where are the gaps in support?

It’s a blunt one, but necessary. I’m all for looking at the positives and what’s going well (that question is coming) but there’s space for both. You don’t need to add examples or your own wish list on the end of this – keep it simple and hold space for the parent. Are you ready to get this off the list of questions you might not be asking?

5. What has been the most helpful kind of support?

Here it is, the positives! What ‘helpful’ looks like will be different to each of us, so let’s not get giddy and suddenly design a support package based on one opinion. However, building a pick and mix of different solutions is a great foundation…and the ideas will come straight from your target audience!

6. Where are your pain points?

In the spirit of being support but also getting to know your teams, this is a big one for me. Again, expect lots of nuance – if you’ve spoken to one parent, you’ve spoken to one parent. That statement isn’t designed to make you feel like you’re trying to boil the ocean, but a reminder that you’re dealing with humans not house plants. This often features for organisations on the list of ‘questions you might not be asking’ and I do understand why. However, think of all the glorious clarity you’re going to get from the answers.

We all need a reminder sometimes and there’s no time like the present to ask. This isn’t a toxic positivity sitch, but instead one to drive gratitude, hold perspective and hopefully take some learnings. When something is working well in one area of our lives maybe it’s time to look at what we can transfer over to the trickier bits.

Take a friend of mine for example – she’s the chief organiser and researcher at home. That means she’s at her happiest when she’s sorting utility companies, comparing insurance quotes and negotiating. She was in a job that played to NONE of that. After figuring out what was keeping her so engaged and full of enjoyment with her home tasks, she had a conversation with her line manager about shifting her remit slightly. After a few weeks of working through with the team, some job swaps and shares were set up. She began to feel more engaged at work and it literally radiated from her. It also meant a couple of her colleagues were able to make changes they’d been looking for for ages!

8. What assumptions are we making about you (or other parents)

Ok so I might be a fan of a straight forward question. We have to start dismantling assumptions about parents in the workplace though. They can’t travel, will need to leave early, always getting sick, loads to think about, definitely the most productive so give them more…

Holding space for someone to share what’s on their mind, might just free yours and bring some fresh perspectives. This could be uncomfortable listening, but if you want to get off your list of questions you might not be asking there’s no time like now to face into it.

Well it’s simple really. These are questions you might not be asking – so maybe it’s time to start? You could bring one in to the next 1:1 conversation you’re having with someone?! You could also use them in a feedback survey or listening group – lots of possibilities.

If you would like to talk about working together and getting into the juicy actions that come from asking some of these questions you can book a call with me here.

Whatever you end up doing with them, let me know how you get on and what it opens up for you – I hope your curiosity brings some positive changes for you.